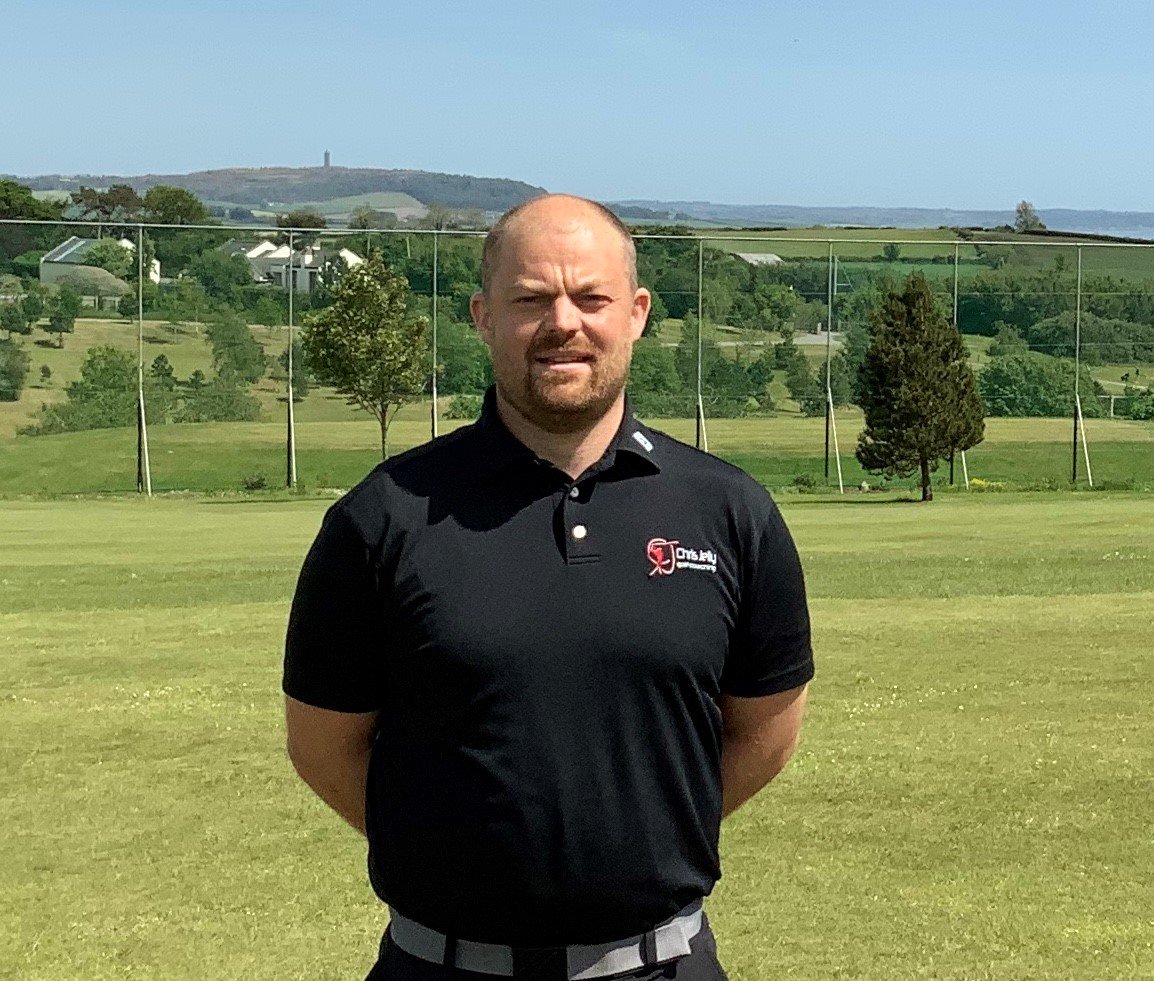 Chris has been a full-time coach since May 2009. Since then Chris has embarked on a coaching journey with tremendous passion and a will try and become a great coach to all the players he has been afforded the opportunity to work with. Chris has developed his depth of knowledge and successful coaching career to date by continuously learning with each and every player that comes through his door. Chris keeps up to date with technology infused in his coaching and has been an early adopter of Trackman 4 , Boditrack  and the V1 coaching platform.

Chris’s expertise as a coach comes in the development of players’ games through monthly programmes and also coaching packages.   More about Coaching.

Chris has been the National Coach to the Irish Girls team since 2014 with the highlight to date being the coach to the first ever Irish Girls team to win the Home Internationals in 2016. Chris is also  part of the High Performance Coaching team who coach all of the panels on the pathway to the Highest performing players in Ireland. This not only includes female golfers but also male golfers with his coaching with the Golf Ireland’s Ulster Provincial Squads.

Chris is a massive advocate of Continuous Personal Development and has the highest PGA points ranking of any Professional in Northern Ireland and is one of an elite bunch of coaches with a PGA Level 3 Coaching qualification.

“Our philosophy is to develop the person as well as the golfer through continuous learning and personal development plans that will help the golfer. We aim to create a positive learning environment, where care, respect, coaching with inspiration, a growth mindset and hard work that will make an actual difference that will help golfers of all abilities reach their full potential.”

“The sole purpose of the golf swing is to produce a better and improving impact position. It is more important to gain repetition to your swing rather than employ a cosmetic method.”